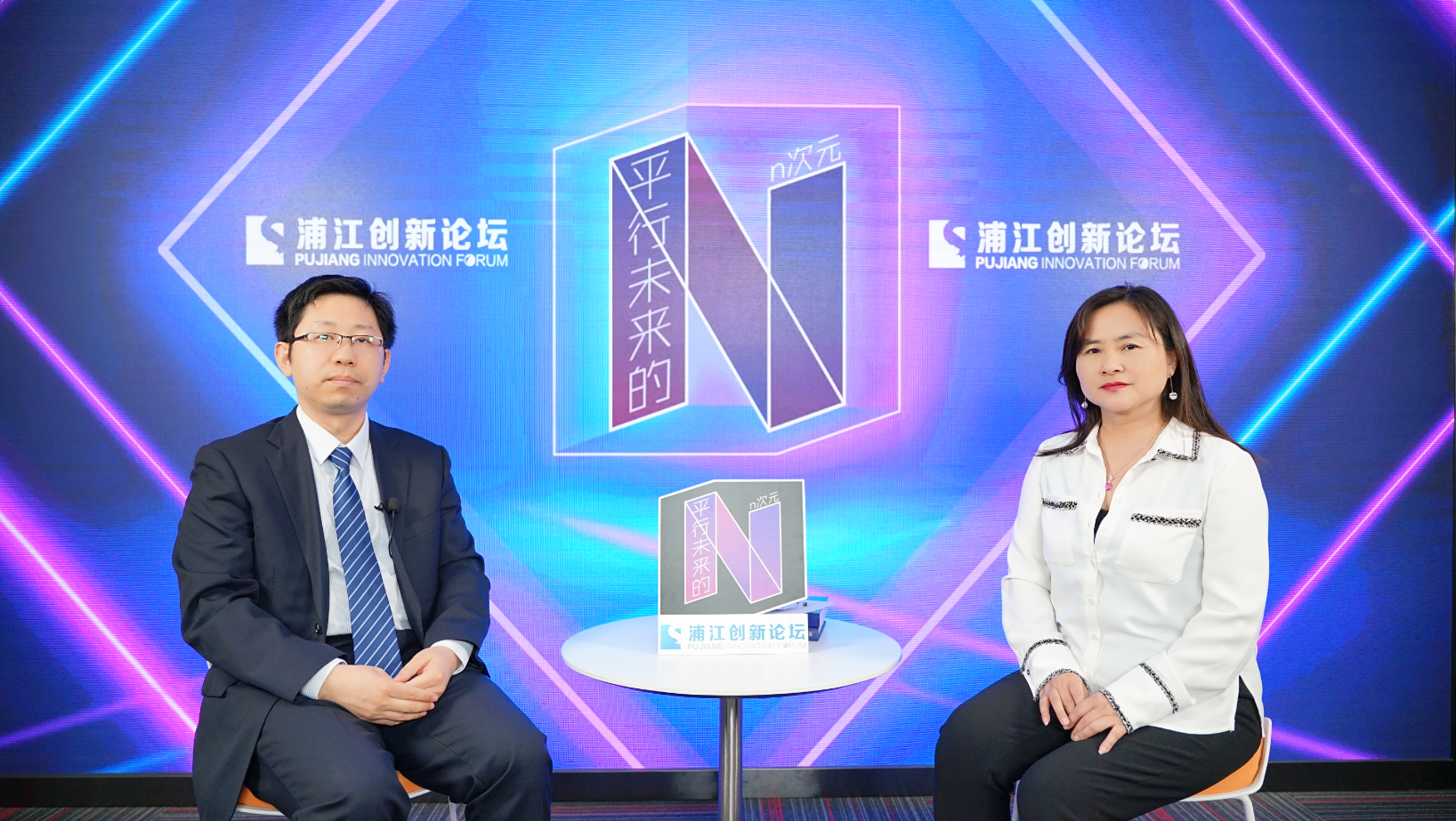 How difficult on earth is it to reach Mars?

What is the ultimate purpose of human to explore Mars?

Let’s learn about what Director Lu Xi thinks. (The following is the interview record)

Zhang Jiansong: Speaking of hot scientific topics, nothing is hotter than Mars exploration recently. China successfully launched Tianwen-1 Mars mission on July 23, marking the first step in its planetary exploration. Shanghai Academy of Spaceflight Technology has played an important role in the entire Mars exploration task. Director Lu Xi, would you like to introduce the specific work taken by Shanghai Academy of Spaceflight Technology (SAST)?

Lu Xi: Hello, Zhang Jiansong, and dear audience. I'm quite glad to participate in the program, and pretty honored to share our experience and course of the Mars mission, especially of the development of the orbiter with you on behalf of our team today. SAST is responsible for development and fabrication of the whole orbiter of Tianwen-1, which is one of the two major parts of the mission. The other one is the landing capsule. The orbiter plays different roles during the flight. On the one hand, it serves as a spacecraft that carries the landing capsule to Mars during the transfer from the Earth to Mars, which we call “Earth-Mars Transfer”. After arrival on Mars, the orbiter will become a communications repeater responsible for the relay communication of the Mars rover landing on Mars. After the task is completed, it will further adjust the flying direction to the scientific probe orbit, and become a mission to conduct global census and regional fine detection on Mars. These are the major tasks of the orbiter we have developed.

Zhang Jiansong: You have just said that the orbiter is a spacecraft. Then, what's the situation of the landing capsule carried by the orbiter in the space from July 23 till now? How long is the distance they must travel from the Earth to Mars?

Lu Xi: Judging from the official data, the whole journey to Mars starting on July 23 lasted over 200 days with a distance of about 470 million kilometers. By conversion, we know that the orbiter and the landing capsule have traveled tens of millions of kilometers, and as we have published before, the mission is now millions of kilometers away from the Earth, the longest distance that a Chinese spacecraft has ever been away from the Earth. Of course, the data is changing constantly as the orbit is highly complex. Maybe the spacecraft can travel a certain distance every day, but the specific value of distance change is different, so we should follow the official data.

Lu Xi: From the point of view of the spacecraft, any spacecraft shall adapt to the space environment. Our conventional satellites, manned spacecrafts and some other lunar spacecrafts basically face the environment of the Earth-Moon system, or more often, the environment of the low-Earth space, while a Mars mission needs to go further to Mars after its arrival on the Moon from the Earth, facing the increasing distance and the changing space environment, especially the ever-changing solar irradiance. Meanwhile, our external environment also changes as the mission travels from the North Pole to the South Pole, or from the east to the west with a long distance, and external climate environment and space conditions are also always changing. So, the mission must at first adapt to the big change and harsh conditions, and the orbiter itself shall also have the ability to resist the influence of the external environment.

Second, the obiter must be able to communicate with the Earth, have information exchange, probe unknown situations on its own, explore the space environment, and carry many loads for space exploration, which are some of its functions. The principal reason why the obiter must realize self-management is that the interstellar highway is pretty dangerous with many unknown situations. A communication delay will occur between the orbiter and the Earth due to the distance which becomes longer as the time goes by, so the orbiter must have the ability to handle emergencies on its own, and this is what we call the self-management capability.

Third, we have a destination on the interstellar highway, and the obiter must go through the correct exit after arrival to get down to the destination. If the obiter turns out to be too early or too late, it will never reach the destination. This is even applicable to the arrival on Mars. We only have one chance to form the Mars surrounding orbit, so we must equip the orbiter with the ability to automatically capture Mars. Generally speaking, we must find the correct exit on the expressway and hit the brake in time. The hit duration shall be just appropriate, and neither be too long, nor be too short, or the exit will be missed, and the obiter will have to travel a long distance to arrive at the exit again, with the possibility of not being able to manage it. So, the obiter shall at least be equipped with environmental adaptability, Earth communication and exploration capabilities, and automatic capture technology, which are the prerequisites for reaching Mars.

Zhang Jiansong: You have just talked about the automatic capture to Mars and the substantial communication delay from the orbiter to the Earth. Are all these programs autonomous? Aren’t they ground controlled? How does the orbiter manage it?

Lu Xi: Although the obiter communicates a lot with the Earth, the communication delay exactly exists. The mission will be about 200 million kilometers away from the Earth at the time of automatic capture, and the delay will be about 11 to 12 minutes, with a two-way delay of more than 20 minutes. However, the chance for the automatic capture only exists for around 30 minutes, and it is also during this that the automatic capture window keeps open. If something happens during the period, provisional interaction is unavailable. So, we have developed a plan to be properly implemented in advance, and the remaining tasks of automatic capture and brake are completed by the orbiter itself in a flash.

Lu Xi: According to the task settings and the information published by China National Space Administration, lots of actions will be taken after the automatic capture. We will adjust the orbiter to an appropriate orbit to release the landing capsule. After all, the landing capsule needs to land on Mars, so the task is not completed at the time when we send the capsule into the Mars surrounding orbit. We must send the orbiter down to Mars entry orbit and land the landing capsule on Mars, then raise the orbiter back to the mooring orbit. After that, we need to adjust the orbit for the relay of the Mars rover on the Martian surface. After the relay task is completed, we need to adjust the orbit again before conducting the scientific probe. These are the tasks we are going to complete later.

Zhang Jiansong: It sounds like our Mars orbiter is a versatile device that can do almost everything. A naming campaign for China's first Mars rover is underway. Director Lu, have you ever imagined what we will see on the Martian surface if we arrive there by the Mars rover?

Lu Xi: Yes, I have. Some scientific research can offer us some inspiration; there are even some films reflecting this issue. From the perspective of scientific research, we know that the Martian surface contains a large amount of iron oxides, and it appears red to our eyes. For us, the Martian surface may be a red desert. It has been proved that there is no flowing water on the Martian surface, and no signs of life are found for the time being, making it a desolate place. Furthermore, the temperature of the Martian surface is low, making Mars a cold, desolate place with no signs of human habitation, which may be similar to some deserts in the west of our country, though the color may be slightly different. The topographic features of the north and the south of Mars are different, of course. The north part is relatively flat, while the south part contains many uplands and hills. What we will see depends on where we land on. If we land on a plain, we may see a desert scene; if we land in a mountainous area, we may see rugged mountains; if we land around a crater, we may see the meteorite crater we want to explore. The possibilities are diverse. In my imagination, the scenery on Mars may be similar to that of the deserts in western China.

Zhang Jiansong: I’m now particularly interested in the reason why we are so interested in Mars, and what’s the ultimate goal of our scientists to explore Mars.

Lu Xi: In my opinion, as one of the planets that can be observed from the Earth, Mars has a long history of observation. In China, there are also ancient observation records of Mars, which we called “Yinghuo”. With such a long history of observation, we are pretty interested in the unknown astronomical object. Curiosity is a part of human nature, and people have been pursuing the unknown facts about the universe for a long time. People are interested in pursuing unknown facts, and that’s the power source for human progress.

What's more, we have observed Mars carefully, both through ground observation and by the telescopes we sent into the space, such as HST. Researches based on the Mars exploration data from dozens of Mars missions launched by humans in the past decades show that Mars is the most similar planet to the Earth in the solar system. Although the conditions on Mars are quite harsh, they are more similar to that of the Earth than any other planet. People may have been thinking about the feasibility of transforming Mars, an astronomical object sharing so many features with the Earth, into our second home. It’s quite natural to think about this. We all hope to have a chance and necessary technologies one day to make Mars a second home, and enable humanity to become a multi-planetary species that can truly “dominate” the solar system.

Preview of the next episode: Is Mars Colonization Promising?

The Nth Dimension of Parallel Future

Science and technology changes the life while innovation shapes the future. Created by Pujiang Innovation Forum, the interview series program themed the “Nth Dimension of Parallel Future” aims to demonstrate the cutting-edge research and sparks of ideas of scientific innovators, young scientists and industry leaders.