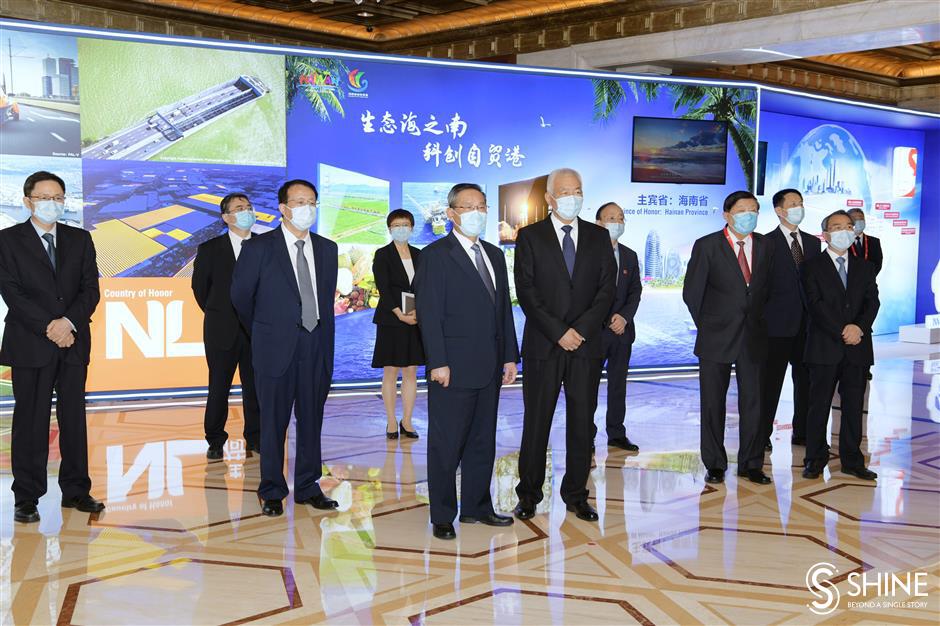 The 15th Pujiang Innovation Forum opened in Shanghai on Saturday.

This year's edition of the Pujiang Innovation Forum kicked off in Shanghai at the weekend, with the Netherlands as the Country of Honor and Hainan as the Province of Honor.

Under the theme of "Low Carbon: A New Mission for Global Innovation," the four-day forum aims to offer approaches to global sustainable development.

Chinese Premier Li Keqiang sent a letter to the forum in celebration of its opening on Saturday.

In the letter, he said low-carbon development matters when it comes to a green future, and stressed that innovation is the primary driving force of development.

China has pledged to cap carbon emissions by 2030 and achieve carbon neutrality by 2060, commonly known as "dual carbon" targets.

China, as the world's largest developing country, needs to push green and low-carbon development on its journey towards socialist modernization, which is unprecedented in human history, the premier said.

Wang Zhigang, Minister of Science and Technology, said in the keynote speech that the fundamental way out for carbon peak and carbon neutrality lies in scientific and technological innovation.

Taking innovation as a key support, China has been improving its energy structure and boosting its energy efficiency, he noted, adding that the ministry will focus on "dual carbon" targets in mapping the country's innovation landscape, and carry out joint research with other countries on global challenges like climate change and energy safety. 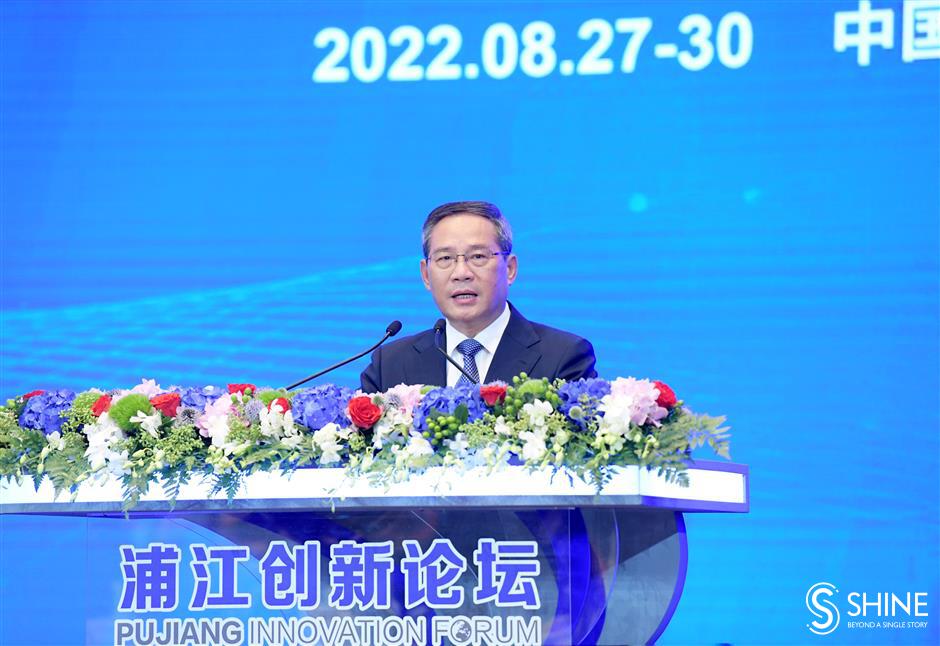 Shanghai Party Secretary Li Qiang, speaking at the forum, pointed out that Shanghai is a city of innovation with commitment to scaling the peaks of science and technology.

Shanghai is building itself into an innovation hub with global influence. Now, the basic framework system of an international science and technology innovation center has been formed, he observed.

Micky Adriaansens, Minister of Economic Affairs and Climate Policy of the Netherlands, said in a video message: "Climate is not something that should divide us. It is precisely what should unite us. So, let's concentrate our efforts and get to work."

This year marks the 50th anniversary of the establishment of diplomatic relations between China and the Netherlands. She hoped the two countries will be able to exchange best practices at the forum, especially from the shared conviction that innovation drives economic growth.

Shen Xiaoming, Party Chief of Hainan, said in video message that the southern island province will take advantage of its location, climate and resources to develop technologies, and strengthen its efforts to develop its free trade zone, which will attract innovation startups and talent.

In its 15th year, this year's forum will conclude on Tuesday, with nearly 230 experts from about 30 countries and regions attending online and offline.

Its focus will be on innovation-driven, low-carbon development, establishing a sound economic and technological mechanism for green development and deepening global cooperation in areas of low-carbon technologies.

The role of females and youngsters in the global innovation network will also be addressed at the forum.