The Young Elite Scientist Summit, or Yes Summit, kicked off on June 2 as a major session of the Pujiang Innovation Forum.

Young scientists, technology company executives and innovation business entrepreneurs shared their latest achievements in frontier research, such as artificial intelligence and deep-sea energy. They also shared and exchanged views about the future.

He added that young people are also needed to help cope with increasing risks such as climate change, energy shortages and food crises. 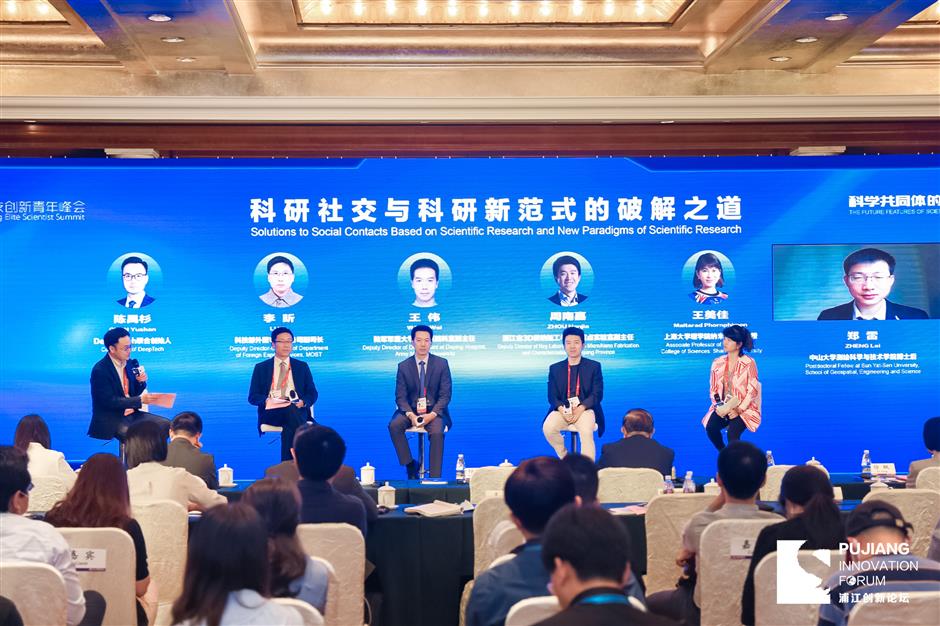 Zhang Yunfei, director of the Tencent Future Network Lab and general manager of Tencent Smart Transportation, said the pursuit of cutting-edge technologies is expected to play a part in better connecting the physical and digital work, innovation and the industrial chain.

"But at last, we are developing technology for people," Zhang said.

Feng Jingchun, professor in the Institute of Environmental and Ecological Engineering at the Guangdong University of Technology, focuses on the exploitation and application of flammable ice, a nickname for methane hydrate in permafrost and on the seafloor.

"The sea is a treasure house of low-carbon energy waiting to be further discovered," Feng said.

Chen Yunwen, chairman and chief executive officer of DataGrand, believes robots will be widely used to take over repetitive work and free people to do more innovative things.