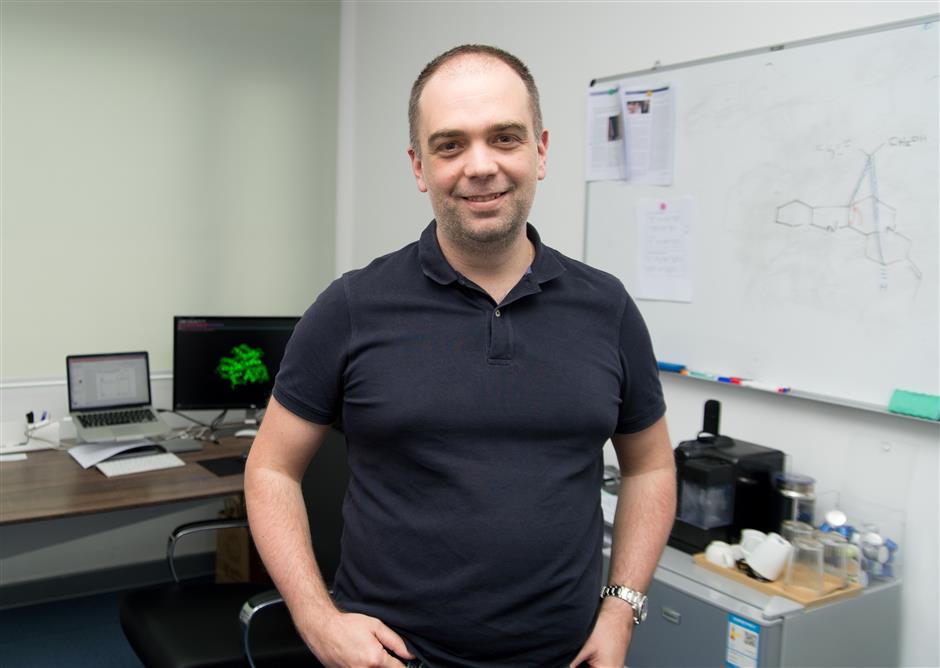 Evangelos Tatsis, group leader at the Shanghai Institute for Plant Physiology and Ecology of the Chinese Academy of Sciences

Q: You have worked in Germany and UK. What brought you to China in 2017 and what are you working on?

A: I made the move to China out of my passion for research into the compounds behind the medicinal properties of plants. It’s all thanks to the Center of Excellence for Plant and Microbial Sciences, established by my previous institute in the UK, the John Innes Center, and the Chinese Academy of Sciences.

Plants are probably the best chemists in the world. They make a lot of chemicals. My group works on one fundamental question: How do plants make complicated structured chemicals?

Right now 50 percent of cancer drugs and 70 percent of antibiotics are based on natural products found in plants, bacteria or fungi. To get those compounds, there are two common options. One is to isolate them from their natural sources, which is not the best idea because sometimes they’re produced in only tiny amounts in the plants. The other is total organic synthesis using reagents. The problem is that both procedures take too long and are too expensive and they come with a lot of waste, which is not good for the environment.

Instead of using pure chemistry, we put it in a biological context. Our target is to find the genes and enzymes responsible for the synthesis of interesting compounds in the plants, with a focus on compounds that are currently being used or studied as drugs.

The Chinese plants have an advantage because there is a big traditional literature about those plants used for treatment of diseases ranging from simple inflammations and colds to more complicated ones such as cancer and malaria. We get a lot of help in sourcing the plants that we experiment with.

Q: Who are your co-workers in the group? What support do you get?

A: We’re an international group. I have nine people with three postdocs, five PhD students and one member of staff. My two foreign postdocs are from Poland and Brazil. There is also a PhD student from Portugal.

I have a very good package from the Chinese Academy of Sciences. This ensures that I have the resources and funding to work for four or five years. Right now, here in China, there are a lot of opportunities for scientific projects with international collaboration. I have some funding from agencies at both national and local levels here, besides that of the Chinese Academy of Sciences.

Q: Where is Shanghai in terms of scientific and technological innovation on the global level?

A: From my experience, I would say that Shanghai is doing really well. There are a lot of projects going on.

The problem is that many people don’t know what’s happening, and it’s time to make people out there aware that Shanghai is a hub of progress.

Q: How do you like the city after living and working here for almost two years?

A: Shanghai is a really nice place to live and work for young people. It’s a modern city where you can find whatever you want, even some things produced in your home city. Here you have theatrical plays and concerts from top world artists and international sports events such as the Formula One and tennis open. Shanghai has no reason to be jealous of other big cities.