Bold Shanghai has openness in its DNA

Shanghai’s key word on its march to becoming an innovation center with global influence is “openness.”

Around the world, scientific and technological innovation is booming, marked by crossover, cooperation and coordination,  and openness is the key factor, Shanghai Party Secretary Li Qiang told the Pujiang Innovation Forum yesterday, saying openness and innovation are unquestionably encoded in the city’s DNA.

Li said Shanghai will build a more open platform to welcome science talent from around the world to explore cutting-edge technologies and take advantage of global resources. 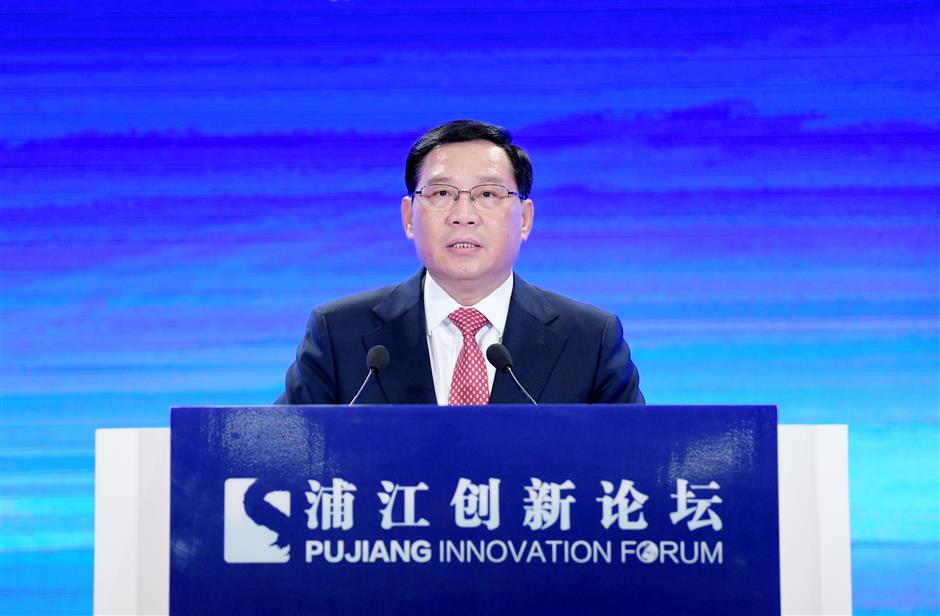 Shanghai will also open local science facilities for global use, become immersed in the global innovation network and strive to lead in scientific breakthroughs.

Companies from all over the world are welcome to promote major breakthroughs in Shanghai in key industries such as integrated circuits, artificial intelligence and biomedicine.

Shanghai should grasp the opportunities coming with the pilot program of the Science and Technology Innovation Board on the Shanghai Stock Exchange to foster emerging innovation startups and industrial clusters, Li said. 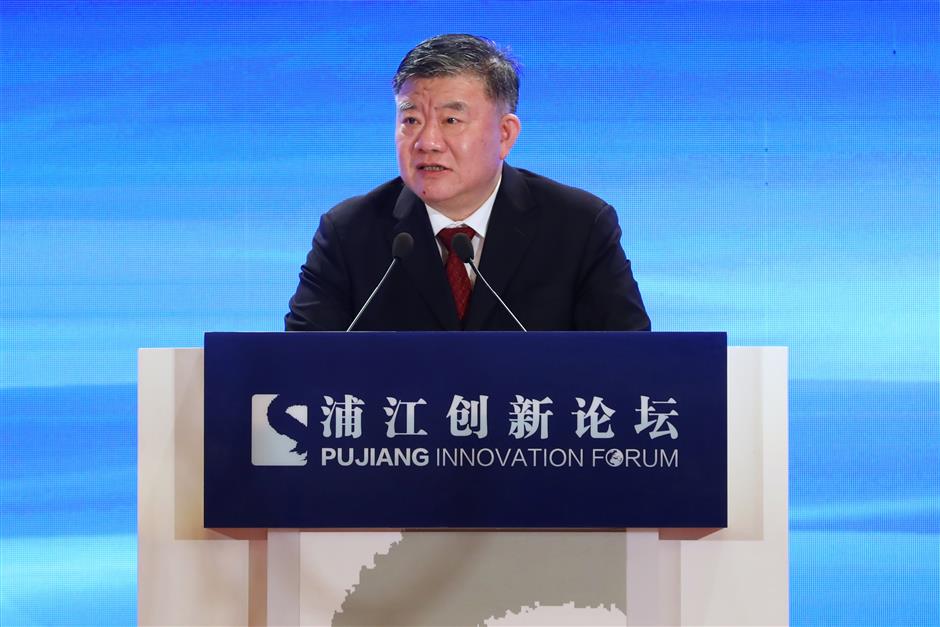 Chen Zhu, vice chairman of the Standing Committee of the National People's Congress of PRC and academician of Chinese Academy of Sciences, at the forum

And the city is constantly working on measures to ensure a world-class business environment.

Wang Zhigang, Science and Technology Minister, said China was committed to opening-up and cooperation with other countries.

China will step up efforts to turn Beijing and Shanghai to innovation hubs by creating better ecosystems for foreign talent as well as improving cooperation in innovation among Belt and Road Initiative countries.

Singapore is this year’s Country of Honor at the Pujiang Innovation Forum. 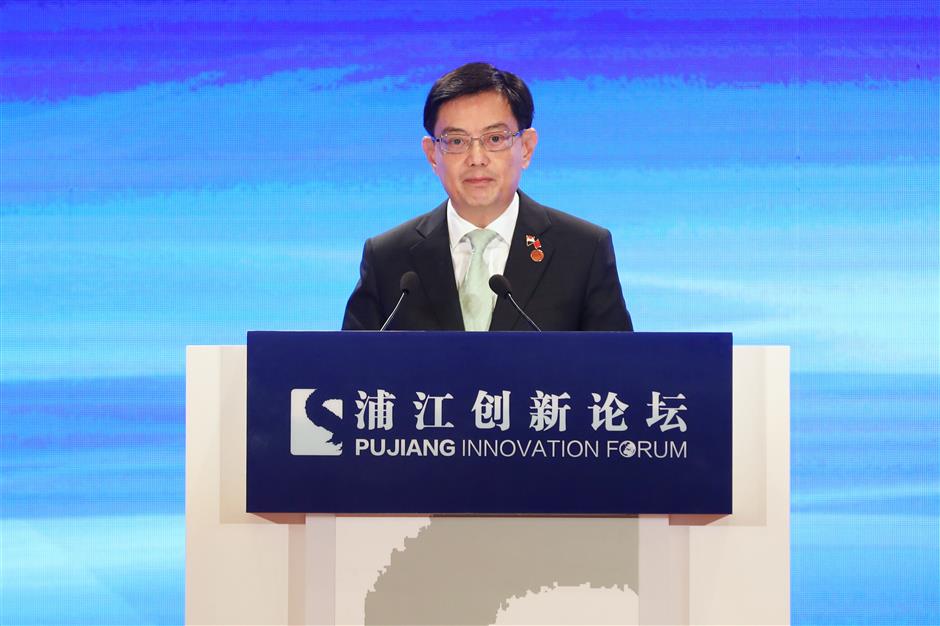 The country is recognized as a leading example of overcoming limitations such as its small land area and lack of natural resources — including fresh water — to become one of the world’s major financial and shipping centers.

It ranked fifth — ahead of global giants such as the United States, Germany and Japan — on the Global Innovation Index 2018 published by the World Intellectual Property Organization.

This year marks the 29th anniversary of the establishment of diplomatic relations between China and Singapore.

The two countries will seek further cooperation on sustainable development, biomedicine and other fields.

Singapore Deputy Prime Minister Heng Swee Keat, who is also the Finance Minister, said the rapid growth of China and Asia means that this region is no longer a passive player on the world stage.

Asia hopes to participate in the fourth industrial revolution. The integration of various sciences and technologies is promoting the integration of physics, biology and the digital world, said Heng.

He said science and technology have brought many new possibilities on fields such as transport, health, security and sustainable development.

But new science and technology will also bring new challenges. It also affects the social structure as machines replace some manual workers.

And security is also being challenged by the rapid spread of digital technology and social media, spreading misinformation and undermining trust, said Heng, adding this needs cross-border cooperation to address.

Singapore is also working with China in various fields, from emerging infectious diseases to synthetic biology. 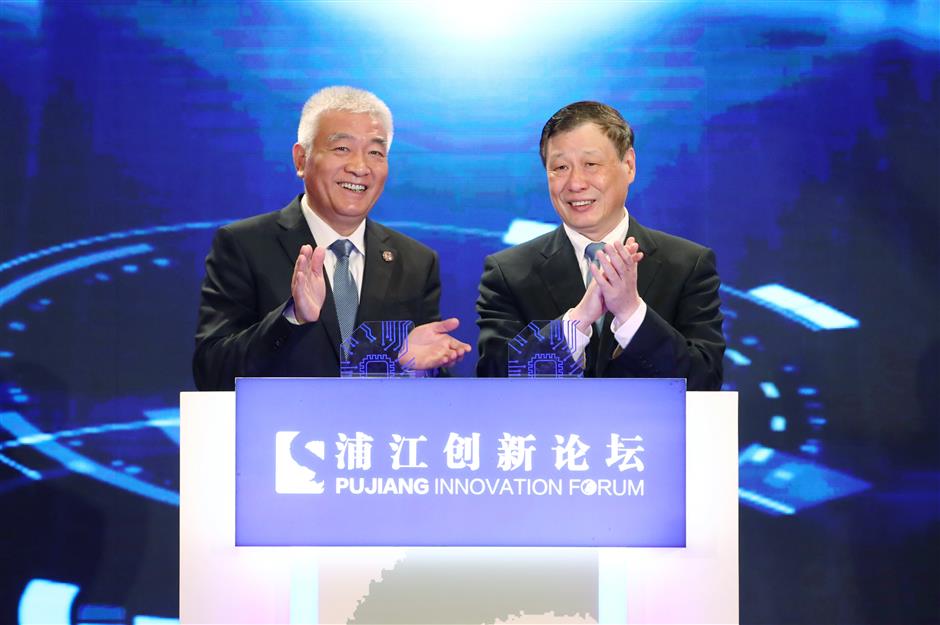 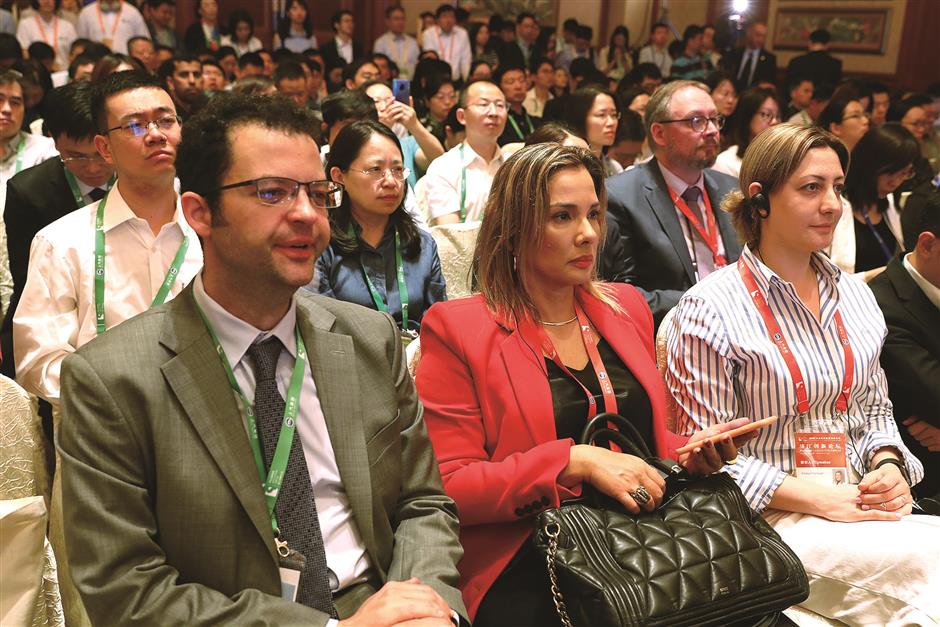 Researchers, scholars, entrepreneurs and government officials from around the world have gathered to take part in the three-day innovation forum which ends today.